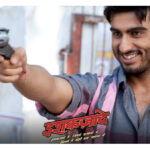 Whole grain barley has fast risen to prominence due to the fibre, vitamins and minerals offered by it. Barley is a rich source of manganese, the antioxidant enzyme generator selenium, iron, thiamin, folate, magnesium among other nutrients.

In addition, much has been researchers about beta-glucans provided by barley. Sprouting further increases these nutrients.