Carbonated drinks have existed unapologetically for years and millions of people like you and me have been enjoying a glass or two every now and then, particularly while gorging on a scrumptious meal.

We would be lying if we said that carbonated drinks do not tickle our taste buds… because the reality is that they do!

But an important point to be remembered whenever we go out to buy our soft drinks that every single sip we put into our mouth casts a hazardous effect on our body.

The worst part is that we know all of this but still go ahead and savor it.

Available in various colours, flavours, tastes and fizzes, carbonated drinks (soft drinks as they are commonly called), are laced with sugar and various other harmful ingredients including chemicals and preservatives.

Carbonated drinks are in fact considered “empty calories” and should be avoided in all situations.

Here Are 5 Reasons Why You Should Stop Drinking Carbonated Drinks Now!

It is quite a known fact that soft drinks are totally devoid of any nutrition. In fact, they are laden with calories, high fructose corn syrup, and contribute to the unhealthy pattern of drinking one’s calories.

Beyond the empty calories, research shows that the high fructose corn syrup found in soft drinks actually triggers a hunger hormone that causes you to consume more food than your body needs.

Also, drinks with high fructose corn syrup lead to Arthritis in individuals. So, instead of going for a bottle of carbonated drink, motivate yourself to opt for healthy beverages which are loaded with essential nutrients like calcium and magnesium like a glass of milk or a glass of fresh juice.

2. Soft Drinks May Make You A Diabetic

Drinking excessively sweetened drinks leads to the body storing excess energy in the form of fat and thus, drinking too much of soft drinks can play a part in you becoming overweight or even obese.

Research has shown that being overweight or obese is a risk factor for type 2 diabetes and other conditions.

Since soda has a lot of sugar content, here is how high sugar intake could lead to diabetes: Higher blood glucose concentrations from a high load of quick-digesting carbs mean more demand for insulin, the hormone produced by the pancreas to regulate these blood sugars.

Higher demand for insulin in the long-term creates “pancreatic exhaustion that can result in glucose intolerance”. High-glycemic-index diets may directly increase insulin resistance.

Believe or not, consumption of carbonated drinks can also have ill effects on your oral health, potentially leading to cavities and even visible tooth decay. When you drink soda, the sugars it contains interact with bacteria in your mouth to form acid. This acid attacks your teeth.

Both regular and sugar-free sodas also contain their own acids, and these attack the teeth too. With each swig of soda, you are starting a damaging reaction that lasts for about 20 minutes. If you sip carbonated drinks all day, your teeth are under constant attack. There are two main dental effects of drinking soda – erosion and cavities.

Erosion begins when the acids in soft drinks encounter the tooth enamel, which is the outermost protective layer on your teeth. Their effect is to reduce the surface hardness of the enamel.

Soft drinks, on the other hand, can also affect the next layer, dentin, and even composite fillings. This damage to your tooth enamel can invite cavities. Cavities, or caries, develop over time in people who drink soft drinks regularly. Add in poor oral hygiene, and a lot of damage can occur to the teeth.

Phosphoric acid hinders the body’s ability to absorb calcium naturally. Not getting enough calcium can lead to bone softening, osteoporosis, and dental cavities. It also messes with your stomach acid, blocking nutrient absorption and slowing digestion.

5. Drinking Too Much Soda Can Lead to Dehydration

Drinking soda can lead to dehydration because of its high levels of sugar, sodium, and caffeine. Many people will drink soda with a meal instead of water and devoid themselves to get their necessary daily intake of water.

If you are working to keep your blood sugar in check or manage your weight, you might choose diet soda. Low in calories and sugar, diet sodas appear to be a good alternative to sugary drinks.

Unfortunately, even though they contain no actual sugar, they are loaded with artificial sweeteners and other unhealthy additives. Diet soda contains aspartame instead of sugar, and it can actually be more harmful for your body.

Reports show that aspartame may be associated with seizures, brain tumors, multiple sclerosis, diabetes, emotional disorders, as well as other health problems. 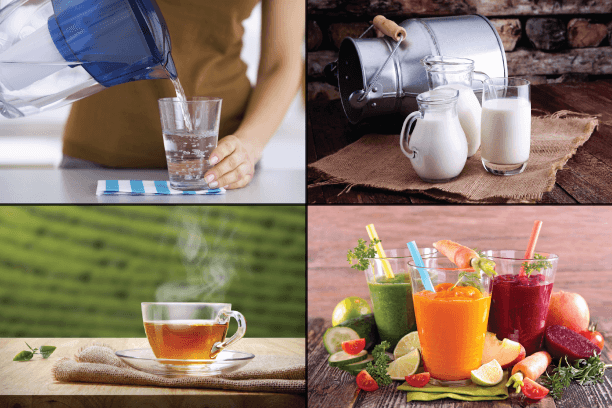 Instead of reaching for a diet soda, there are several great options you could choose from instead. Infused waters are a great alternative.

You can add fruits (especially berries), cucumbers, lemon, and herbs (like basil and mint) into your water. Sparkling water is also a good option, as long as it is not artificially flavored or sweetened.

1. How do carbonated drinks affect the body?

Ans. Carbonated drinks are commonly known for increasing the acidity levels of our body along with posing  risk of calcium and magnesium loss from bones due to change in the pH levels.

Also the high content of sugar in carbonated drinks leads to weight gain and even obesity besides posing a threat of Diabetes.

Ans. Research claims that drinking carbonated water sucks out calcium from your body exposing you to a greater risk of osteoporosis. It may also lead to destruction of your teeth’s enamel, irritation of stomach and even cancer.

3. Is it healthy to drink sparkling water?

Ans.Non sugary sparkling water has weak levels of acids which in turn cause much lesser damage to your teeth. Carbonated soft drinks are known to be at least 100 times more damaging to your dental health than sparkling water.

Wish to direct your life towards healthy living? Possible stands with you in your journey. Talk to our expert Possible Nutritionist today. The first consultation is on us. Click here to avail.