The condition may be widely prevalent among women; irritable bowel syndrome is noticeable in men, too. There are various symptoms of IBS in men that lead to serious health complications later in their life.

However, consultation with a general physician can manage the symptoms effectively.

The symptoms of IBS in men vary from person to person but one of the studies has found that diarrhoea is the primary IBS mostly common among them.

It is a common condition that mainly affects the mobility of the digestive system but not the tissues. You can take effective precautions to manage symptoms of IBS disease since it is a chronic disease. 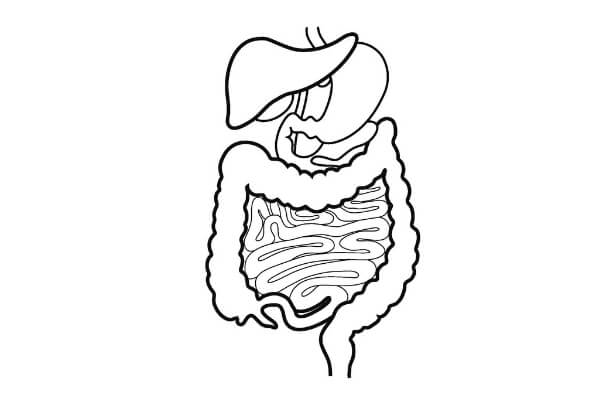 There are three irritable bowel syndrome types where the bowel movements are changed due to the symptoms. Following are the four types of IBS,

It is important to know that 3%-20% of the adult population is affected by the disease. People under the age of 45 years are also a victim of irritable bowel syndrome symptoms.

What are the Symptoms of IBS in Men?

Diet and lifestyle may be linked to the symptoms of IBS in men but then there is no exact cause for the development.

A study implies that women and men observe similar symptoms such as stool inconsistency, problems in life and depression. Following are the common symptoms,

The symptoms of IBS in adults are often caused by the food items that you consume on a daily basis and this is why you should carefully choose what you eat.

What are the Causes of IBS in Men?

The symptoms of IBS in men may become worse with the growing sensitivity to the operation of the bowel movement. Abnormal pain or contraction is often associated with the bowel muscle that is triggered by various reasons.

What Should You Avoid to Eat?

The list of IBS symptoms foods to avoid can make the symptoms severe and it goes without saying that you must keep a track of what you are eating. Following are the food items that should not be consumed by increasing the symptoms of IBS in men,

Chewing gums, eating quickly and getting distracted while eating are other causes that develop the symptoms of IBS in men.

What should be in Your Diet Plan?

It is essential to abide by irritable bowel syndrome diet plan for minimising the risks of bloating or stomach pain along with maintaining a healthy lifestyle.

Eating small meals frequently every three to four hours instead of eating traditional meals in a day is more helpful.

As the high fibre intake downgrades the health status, it is better to eliminate insoluble fibre from the diet completely. You should choose soluble fibre dissolving in water and carrots, oatmeal and berries are enriched with such fibre.

Before consuming fiber-rich sustenance, you can take anti-diarrhoea medicine to reduce the complications IBS symptoms.

One of the productive strategies regarding symptoms of IBS in men is to avoid or eliminate certain food items for a certain period.

According to IFFD, you should not indulge yourself in foods containing a high level of fats and skip breakfast. Avoid nuts, chocolate, caffeine and cereals are the main culprits of the disorder.

Other Ways to Control IBS

Bringing change in the diet is one of the easiest paths to get rid of acuteness of symptoms of IBS in men. However, you can consult with your doctor for choosing other IBS treatment methods.

Whether the condition can be cured completely is still a subject of research but you should understand that certain lifestyle changes and diet plan can restrict the development of symptoms.

The syndrome does not cause any other disease and freeing yourself from stress is necessary. If you want a diet plan or free consultation regarding IBS, get in touch with TruWeight.

2 thoughts on “Symptoms of IBS in Men, What Causes & How should You Control?”