“Medicine might be winning the battle of glucose control, but is losing the war against diabetes.”: says Lancet medical journal, the most reputed medical journal in the world. It calls diabetes a “public health humiliation”, as diabetes has reached such epidemic proportions, despite the fact that it’s a preventable disease. Only Right nutrition can attack the root cause of diabetes.

Can you treat Alcoholism with more Alcohol?

Type 2 diabetes happens because of lower or higher insulin. Dr. Jason Fung explains this in detail. He says that if you start drinking alcohol, you get high with little alcohol. But slowly your body gets used to it and it becomes resistant to it. And you need more and more alcohol to get the same feeling. Similarly, the body becomes resistant to insulin if it produces more and more of it. Which makes insulin less effective.

Dr. Fung then asks a relevant question “Can you treat alcoholism by giving more alcohol?” It will make the patient feel better for some time, but it worsens the disease. You can’t solve a disease by something which has caused the disease. More insulin is not the solution for treatment of diabetes. Only solution is making insulin more effective.

Over a period of time, if you don’t take care of the root cause of your diabetes, then beta cells in your pancreas start getting damaged. And then they are not able to make enough insulin. But it happens over many years. In that case, your body is not making enough insulin and hence the need for extra insulin arises. But, in most cases, when you lose weight and give the right nutrients to your body, beta cells start producing more insulin on their own. So take action now and give life to your pancreas before it’s too late. 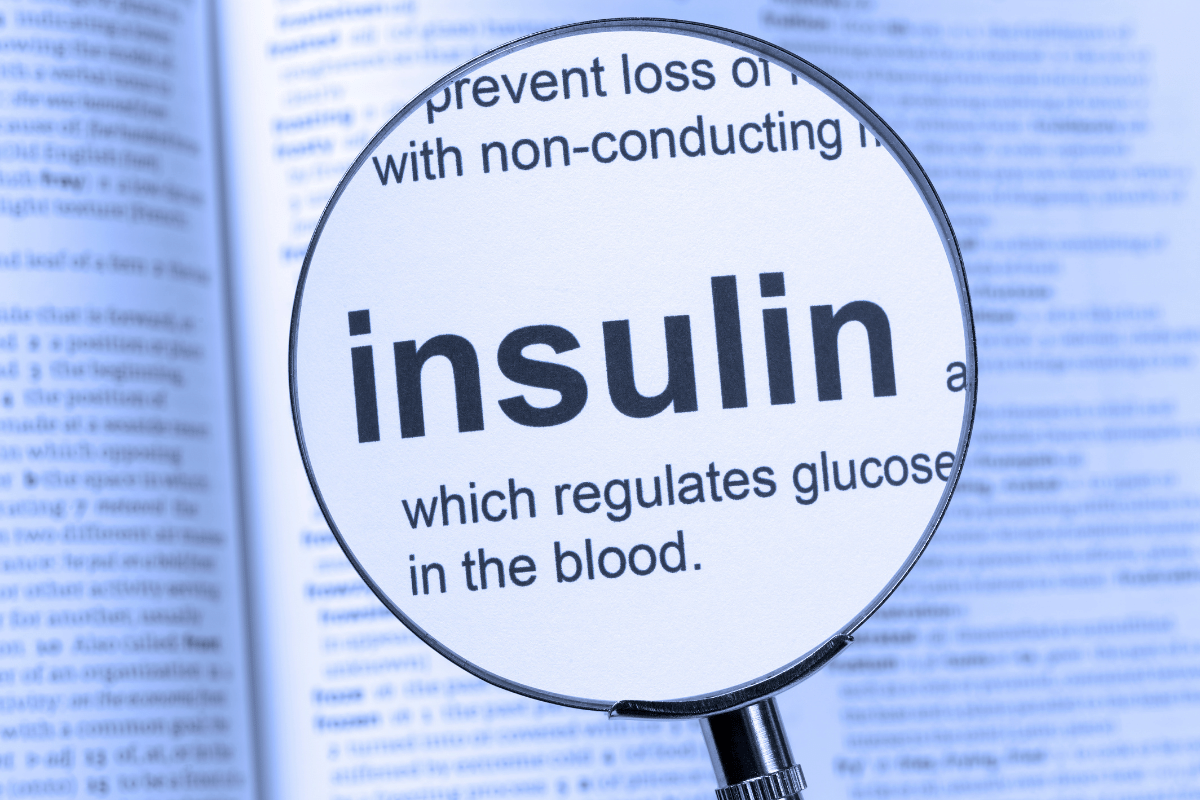 Dr. Mark Hyman in his book called “The Blood Sugar Solution”. Writes, “Contrary to what most people think, type 2 diabetes and diabesity are diseases of too much, not too little, insulin. Insulin is the real driver of problems with diabesity.”

He also cites the ACCORD study published in the New England Journal of Medicine which studied 10,000 diabetics. And their findings may shock you. The patients who had their blood sugar lowered the most with medicines had a higher risk of death. And the reason is again the same: too much insulin makes the problem worse, not better.

In diabetes the root cause is that your insulin is not working effectively. More insulin will only aggravate the problem. Some medicines will work by making your body secrete more insulin, which may not be the perfect solution for Type 2 Diabetes. Metformin helps in  improving the sensitivity of your body tissues to insulin. But it might not be completely effective on its own and has to be supplemented with lifestyle changes, such as losing weight, eating healthy and becoming more active. Moreover, many people develop side effects, hence, it is not advisable to all.

Dr. Joel Fuhrman, says “The tendency to throw drugs at every medical condition is the problem with medicine today. Drugs cannot effectively treat this disease, which is merely a side effect of an unhealthy lifestyle and diet. No medications can do what a dietary and lifestyle overhaul can.”

Dr. B M Hedge, author of the book “What Doctors Don’t Get to Study in the Medical School” says, “There is no pill for every ill. But an ill for every pill. Many of the problems with diabetes are because of the side effects of the drugs, rather than diabetes itself. Diabetes should be controlled naturally.”

Imagine you have a lot of garbage in the kitchen (similar to a lot of sugar in blood). You hire an extra maid to clean the kitchen (like getting more insulin to clean blood). But they transfer garbage from the kitchen to under the mat in the living room. Once mat becomes full, then put garbage in the almirah and so on. You might feel happy that your kitchen is clean, but the garbage still remains and slowly your house will start rotting. Same thing is happening in Type 2 Diabetes. You might feel happy that your blood sugar is under control, but slowly, multiple organs in your body start to rot and hence, kidney failure, eye problems, leg amputations, and heart attacks are so common in Type 2 Diabetes. Don’t be very happy only if your blood sugars are in control. Occasional spike in blood sugar can harm your vital organ

Here “garbage” is high blood sugar and “rotting” is  pathological damage that has happened to body over years and we are trying to prevent the further damage by increasing medicine (it’s just a temporary remedy) but until we don’t work on reversing the damage happened by pathology, we will not be able to protect our vital organs. (High sugar level can make blood vessels hardening (atherosclerosis) which may reduce blood supply to vital organs as well as the high sugar content may damage cells of vital organs reducing its capacity to work e..g pancreas can damage reducing the insulin secretion.

Increasing insulin is the right medication for Type 1 Diabetes as your body cannot make insulin. But it is not the perfect solution for Type 2, as the problem is insulin resistance.

It’s not to say that medicines are of no use. Medicines become important if you cannot change your bad habits and continue eating unhealthy foods every day. Also, it is required in more severe cases. Ideally, medicines and nutrition have to go hand in hand. The objective should be to reduce the dosage of medications for most people by treating the root cause. If you don’t solve the root cause of poor nutrition and weight, and just depend on medications to manage your diabetes, you are doing a great injustice to your body.

“But I cannot eat healthy. I am fine taking medications all my life, as long as I can eat what I want”

Do you feel the same way? We hear this quite often. Many of us believe that medications are solving the problem and allowing me to eat unhealthy food, so what’s the problem? But as we explained earlier, medications are only solving the symptoms, not the problem. And in most cases, it is actually making the problem worse by increasing insulin and weight. And in turn increasing insulin resistance. And because the problem is not getting resolved, it has huge health ramifications in the long term.  Ayurveda says if you don’t follow the “pathya” or right diet, then there is no use of medicines, and if you follow “pathya” then there is no need of medicines.

Dr. Jason Fung says, “Medications make blood sugars better, but not diabetes. What happens over time – 10, 20 years? Every single part of the body just starts to rot. This is precisely why type 2 diabetes, unlike virtually any other disease, affects every part of our body. Your eyes rot – and you go blind. Your kidneys rot – and you need dialysis. Your heart rots – and you get heart attacks and heart failure. Your liver rots – and you get fatty liver disease. Your legs rot – and you get diabetic foot ulcers. Medications and insulin do nothing to slow down the progression of this organ damage, because they do not eliminate the toxic sugar load from our body.” Medicines are the last line of attack against lifestyle diseases like diabetes. It comes after the right diet, exercise and stress management. Don’t make it your first line.

Medication is needed in severe cases of diabetes, it is not a need for the vast majority of individuals. Remember, alcoholism cannot be solved with alcohol. Medicines should be the last option after all lifestyle and dietary options have been exhausted.