Processed food contains many ingredients that compromise health, but did you know these convenience meals also come with an extra serving of endocrine-disrupting chemicals?

Any food that has been canned, dehydrated, or had chemicals added to it is processed food. Food processing technology uses chemical & mechanical processing.

Food processing not only adds toxic chemicals to your food but also removes some of the essential nutrients. Most processed foods are polar opposites of healthy foods.

From grilled chicken treated with carcinogens to french fries laced with the chemicals used to make Teflon, your options for eating processed food contaminated with harmful substances are endless — even if MSG were banned.

To make matters worse, the Food and Drug Administration, or FDA, does not require food manufacturers to disclose some ingredients, such as artificial flavoring, in certain products.

Know which toxic ingredients in processed foods to avoid

A new report, published in the journal Environmental Health Perspectives, found that people who ate more processed foods had higher levels of two substances that occur when phthalates — which make plastic more flexible — break down in the body. The two phthalate metabolites identified in this particular study were:

Di(2-ethylhexyl) phthalate (DEHP), a highly lipophilic (fat-soluble) chemical that easily leaches out into fat-containing solutions that come in contact with the plastic. Animal studies show that exposure to DEHP can damage the liver, kidneys, lungs, and reproductive system, particularly the developing testes of prenatal and neonatal males.

Di-isononyl phthalate (DiNP), a commonly used plasticizer in flexible PVC products. While DiNP has been considered harmless from a health and environmental perspective, more recent research suggests it may, in fact, have similar effects as DEHP and other phthalates. For example, a 2015 study linked both DEHP and DiNP to increased insulin resistance in adolescents.

Phthalates are one of the groups of “gender-bending” chemicals found in processed foods that have shown to disrupt endocrine systems of wildlife.

PhIP is a chemical in food, especially in the grilled chicken marketed by a major fast-food chain. It is a substance, which forms when meat is heated to a certain temperature. Studies have shown PhIP to be associated with human breast, prostate and colon cancers. Again it’s the food processing to blame on !

The evil king of all refined grains is high fructose corn syrup (HFCS) which is commonly used in the food processing industry.

The amount of refined sugar we consume has declined over the past 40 years, but we’re consuming almost 20 times as much HFCS. It’s in practically EVERYTHING.

It increases triglycerides, boosts fat-storing hormones, and drives people to overeat and gain weight. So much for the love of processed foods. Adopt a zero-tolerance policy, and steer clear of this sweet chemical in food.

BHA is another potentially cancer-causing food preservative, but it has been deemed safe by the FDA.

Its job is to help prevent spoilage and food poisoning, but it’s a major endocrine disruptor and can seriously mess with your hormones. BHA is in HUNDREDS of foods due to food processing. It’s also found in food packaging and cosmetics.

Virtually every piece of bacon, sausage, hot dog or ham you get from a restaurant selling processed foods contains sodium nitrite or sodium nitrate.

They are used as food preservatives. Manufacturers use the additive to retain meat color and to inhibit bacterial growth on the food. Both chemicals can break down into nitrosamines, substances with the potential to cause cancer.

Monosodium glutamate is a “flavor enhancer” commonly used in the food processing industry.  While glutamates are present in some natural foods, such as meat and cheese, the ones exploited in processed foods are separated from their host proteins through hydrolysis.

The jury is still out on how harmful MSG maybe, but high levels of free glutamates have been shown to seriously harm brain chemistry. Don’t fall prey to chemical flavor enhancing. Just play it safe and flavor your food naturally.

Food processing of regular fat like corn, soybean, or palm oil with hydrogen turns them into a solid form. This ghee substitute is nothing but trans fat.

These anti-nutrients help processed foods to stay “fresh,” meaning that the food can sit on the supermarket shelf for years without ever getting stale.

Eating processed food with trans fats raises your “bad” LDL cholesterol and triglycerides and lowers your “good” HDL. These fats also increase your risk of blood clots and heart attack.

To limit your exposure to endocrine disrupting chemicals like phthalates and bisphenol-A (BPA) from processed foods, keep the following guidelines in mind when shopping. 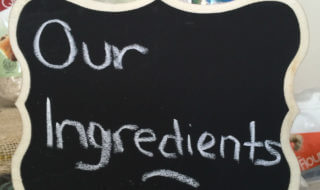 If you as an individual want to limit the chemical exposures, one potential way to do that is limiting the intake of processed foods.

The effects of food processing are based on our modern age of convenience that has given us just that…many time-saving conveniences that make our life just a bit easier.

But, are we paying a price for getting everything faster, better and cheaper?