Muscle vs. fat density and muscle vs. fat weight loss can be confusing terms for those who don’t know the difference. The goal of weight gain should be to lose fat, not weight, which is a combination of organ size, fluids, muscle, and fat.

If you’re only concerned with weight loss, it could lead to you losing valuable muscle too, which, in turn, leads to weight gain. Read on to know about fat mass vs muscle mass.

Does muscle weigh more than fat?

Muscle and fat are two completely different substances. 2 kg of fat will weigh the same as 2 kg. of muscle. The difference is not the weight, it’s the appearance caused by density.

When it comes to appearance, a pound of fat takes up approximately 4 times the space of a pound of lean dense muscle. So, the muscle tends to take up much more space under the skin.

What about muscle vs. fat density? Muscle tissue is less dense than fat. So, while you gain fat, your muscles shrink; so, there is a chance that one could weigh the same but appear heavier.

How much does muscle weigh compared to fat?

Muscles occupy lesser space than fat and do not weigh more than it either. You can find out your muscle mass by first weighing yourself using a body fat measurement scale to get your body fat percentage.

Next, you need to subtract the body fat percentage amount from 100 to get the lean mass percentage, which needs to be divided by 100. The final number needs to be multiplied by the total body weight to get the muscle mass.  You also need to know which weight group you fall into. Calculate your BMI now.

According to a USF professor and an Academy of Nutrition and Dietetics spokesperson, the key to understanding one’s health and muscle vs. fat density is body composition.

Irrespective of whether one is skinny or overweight, it’s the higher fat composition that is dangerous. One can also be ‘skinny fat’, where one has too much fat and very less muscle while weighing a regular weight.

So, it’s important to know the difference between muscle and fat weight gain and loss before you get on to the scales to determine what you are gaining exactly – 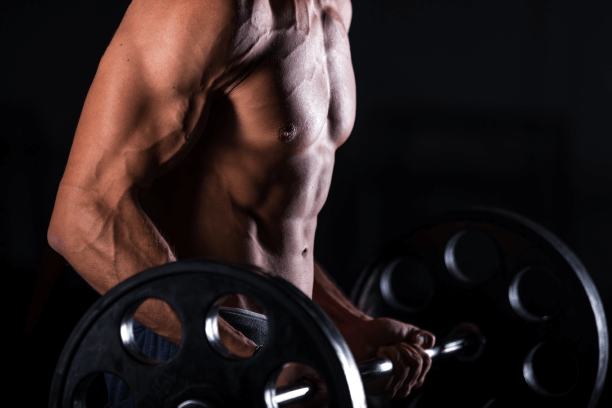 If your clothes are looser and you see small weight gain, you’re definitely gaining muscle. Since muscle vs. fat density is more in favor of muscle and it occupies less room than fat, fat weight tends to make clothes tighter. What’s more, it makes you feel better!

While the highest standard of measuring body fat percentage is hydrostatic weighing, it is not feasible for the average person. However, most gyms offer free body composition testing for their members. 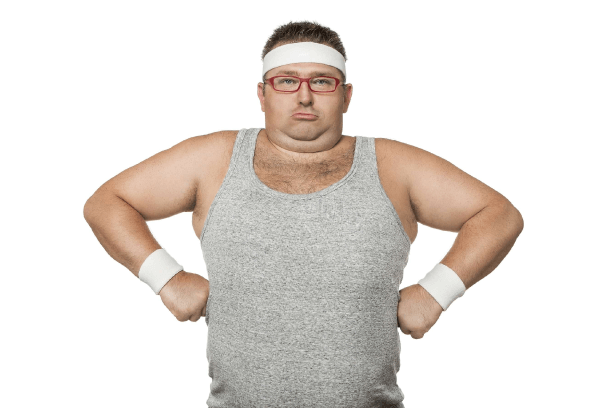 The ultimate conclusion is that you need to gain muscle to burn fat and lose fat to get healthy.

One needn’t worry about gaining too much muscle or bulking up because body fat composition ratio improves in doing so, which is the main objective. To appear healthy and fit, having muscle and losing fat is what is necessary.

1.How much does muscle weigh as opposed to fat?

‘Muscle weighs more than fat’ – technically, the statement is false since a pound of muscle weighs the same as a pound of fat, but the difference lies in the muscle vs. fat density.

Muscle is 18% denser than fat and a pound of fat occupies more space (volume) than a pound of muscle. So yes, since there’s a volume difference between the two, it appears that muscle weighs more than fat.

2. Do you gain weight when you build muscle?

Yes, and there are many reasons for the same. Temporary inflammation is one, where muscle fibres heal themselves when they tear a little when you work out, a process called inflammation, which causes weight gain.

Also, if you build muscle faster than you shed fat, then also you experience weight gain. Another reason could be the wrong kind of exercise, which, apart from muscle, could also be adding fat to your body.

3. How much denser is muscle to fat?

When we speak of muscle vs. fat density, the fat tissue is denser than the muscle tissue, while appearing to be so too.

However, muscles tend to shrink when one gains fat, so while one might weigh the same, their appearance is heavier.