Medically reviewed by Shanmukha Priya, M.Phil and Ph.D. in Food Science and Nutrition

Ginger or Zingiber officinale is a flowering plant. It’s root or rhizome (the underground stem) is the part that we use widely.

1. Benefits of ginger in reducing hypertension:

It is blessed with many chemical compounds that can help in controlling high blood pressure or hypertension. The chemicals prevent blood clots that usually occur in arteries.

The Ginger tea is often recommended for the people suffering from high blood pressure.

Ginger is very effective in combating stomach problems. It helps in the digestion process and thereby speeds up the emptying of the stomach.

Thus it is very effective in curing bloating, constipation or other issues in the gastrointestinal area. Having fresh ginger juice can be an effective remedy for stomach disorders.

Apart from imparting its flavor and making food tastes better, ginger is very commonly used to treat various stomach issues. Ginger can be a saviour during diarrhoea, stomach upset, morning sickness etc. It is very good for treating irritable bowel syndrome too.

3. Benefits of ginger in respiratory problems:

It can be very effective in correcting common respiratory issues like cough and cold.

Expands lungs and also helps in breaking down and removal of mucus which can better issues associated with respiration.

Reduces the amount of inflammation in the airways.

This helps in restoration of normal breathing during chest congestion.

4. Benefits of ginger in overcoming nausea:

Ginger works amazingly in getting rid of nausea. It is often given to pregnant women who suffer nausea like morning sickness.

Moreover, it is found that ginger can be effective in relieving nausea during cancer chemotherapy too.

Ginger has a history of being used for common medicinal benefits in ancient India and China. Later, ginger became popular among the Mediterranean regions.

Romans very extensively used ginger. But when the Roman Empire fell, the price of ginger shooted up.

Although today ginger is readily available in the market at a fairly low price, there was a time when ginger was as costly as a live sheep!

Found to be amazing when it comes to fighting bacterial attacks. In a study by The Journal of Microbiology and Antimicrobials, published in 2011, the effect of ginger on Staphylococcus aureus and Streptococcus pyogenes, bacterias that can cause blood poisoning and pneumonia, was found better than the conventional antibiotics. Ginger extracts are also used in treating bacterial infections on the body.

6. Benefits of ginger in relieving pain:

Gingerol, an active constituent of fresh ginger, can act on the vanilloid receptor. This is a protein that is responsible for providing pain sensation.

Ginger has anti-inflammatory properties that can help in relieving pain. Ginger is also found to be effective for relieving osteoarthritis.

In a study, it was found that people who took ginger showed a decrease in osteoarthritic pain. Massaging ginger juice with olive oil is known to relieve back pain.

Due to its anti-inflammatory actions is also known to relieve menstrual cramps. So whenever you are tossing and turning on your bed due to the monthly cramps, have ginger. Ginger tea can be effective in reducing these cramps.

A ginger plant can grow as long as 4 ft. tall.

You can find ginger at any time of the year.

Ginger is often referred to as “the universal medicine”. It is also used as an ingredient in bio pesticides.

Found in many forms, ginger, has its origin from the Southern Asian tropical rainforest.  The goodness of ginger has been enjoyed by mankind for about 2000 years now.

7. Benefits of ginger for skin:

Ginger can be very good for the skin problems too. The Vitamin C in ginger can act on the skin blemishes.

And its anti-inflammatory properties can act on acne and acne scars. So whenever you spot any unwanted acne just apply some ginger juice on the area. Drinking ginger juice is also advised to bring a natural glow to the skin. 8. Benefits of ginger in weight loss:

It has been found that having ginger water can make you feel full and hence prevent overeating. Ginger can work on hormones especially, it can suppress the cortisol production and hence helps in weight loss.

Ginger with its thermogenic properties can help boost up the body temperature which in turn improves its metabolism.

Chewing a few ginger slices of ginger root before eating regularly can help in maintaining weight by boosting body’s metabolism as well as suppressing cortisol. 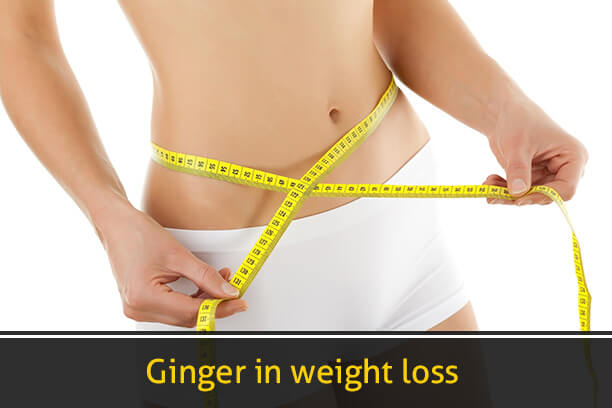 Possible drinks that have ginger as one of the key ingredients are Amla drink, Trudrink, Aloe vera & Garcinia drink!

So, if you are tired of the weight loss pills, machines and FAD diets? It’s time to lose weight naturally and honestly.

Not only ginger, there are many foods that can help in weight loss as well as fight different health concerns.

To know more about the natural techniques to deal with health and weight, consult a Possible Nutritionist, All for FREE! Click here!